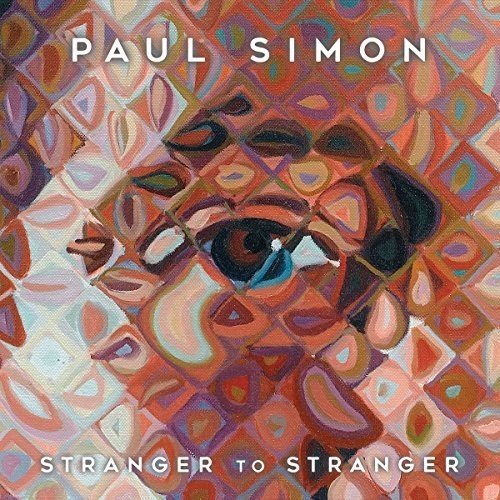 'The idea is not to just make another album,' Simon explains. 'The idea is to make something that s really worth a listen.' For anyone who s been listening to great music during the past half-century, Paul Simon is certainly no stranger. So one of the most remarkable things about his extraordinary new masterpiece, Stranger to Stranger Paul Simon s 13th solo record is that it conjures a vivid and vital new context to his well-established genius as a singer and songwriter. Full of thrilling textures that feel fresh and modern, while still offering subtle and artful allusions to our shared musical past, Stranger to Stranger presents the perfect opportunity to get to know Paul Simon in a new way.

A significant sonic breakthrough on Stranger to Stranger came when Simon wrote the song 'Insomniac s Lullaby,' and found himself reminded of the musical possibilities first suggested by Harry Partch the 20th Century American composer and theorist who created custom-made instruments in microtonal tunings. Besides recording sounds from various Partch instruments, one of the key realizations Simon gathered from Partch was the observation that singing in music is akin to human speech, and Simon started to shape vocal lines on the album that way.

Stranger to Stranger allows the listener to experience Simon s singular voice with the shock of the new. Here, his strong voice and conversational lyrics usher us into a brave new musical world where expectations are defied and exceeded, as they were thirty years ago with another masterpiece, Graceland.

On Stranger to Stranger, Simon worked with old friend and collaborator Roy Halee a name familiar from countless recordings now rightly considered classic. 'It s about getting you to actually hear something in a new way. It s about making music that sounds old and new at the same time; music with a sense of mystery,' says Simon.

Paul Simon s collage of sounds for Stranger to Stranger also includes the Italian electronic dance music artist Clap! Clap!, whose sound he ended up putting on three of the tracks ('The Werewolf,' 'Wristband' and 'Street Angel').

'Sound is the theme of this album as much as it s about the subjects of the individual songs. If people get that, I ll be pleased,' explains Simon.... 'The right song at the right time can live for generations. A beautiful sound, well that's forever.'