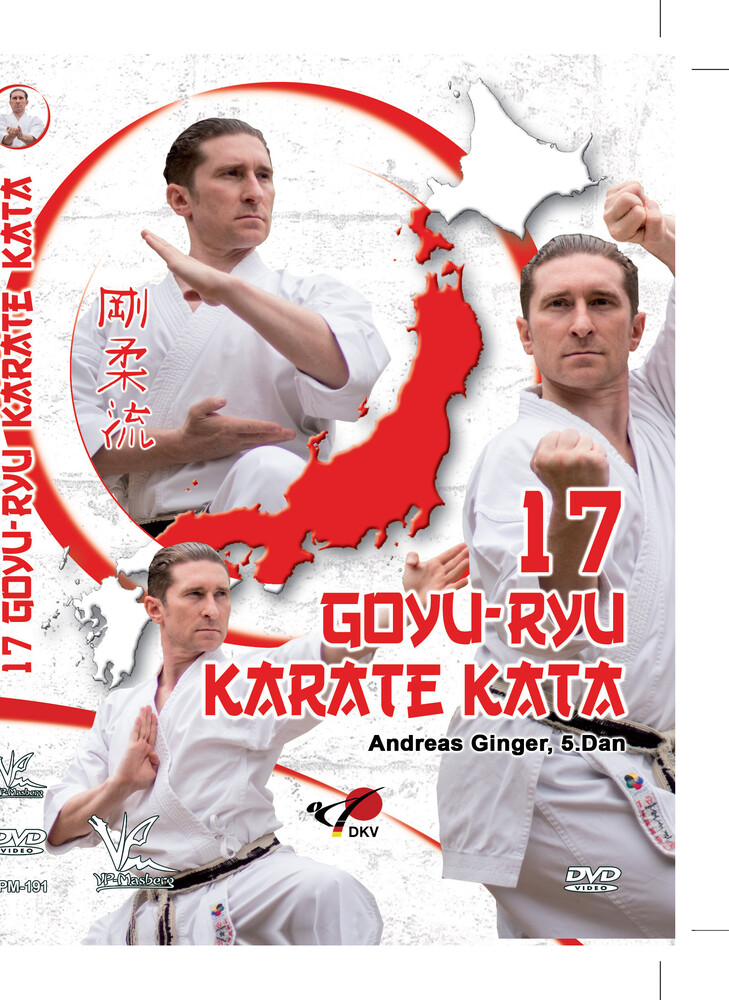 All 17 Goju-Ryu Karate Kata will be shown on this DVD from various perspectives. Instructor Andreas Ginger: I started professional training at the age of 7. In the first 5 years I intensively trained athletics, followed by two years of basketball. After moving to Germany, I started Goju-Ryu training in 1990. In 2005 I added Shotokan-Karate and two years later also Shito-Ryu Karate. I hold the 5th Dan and have an A-Trainers license. For 11 years I have been national trainer in Karate and for 3 years also the mental coach for the Olympic team. Goju-Ryu (Japanese for hard-soft style) is one of the four traditional Karate styles. It is characterized for containing many elements from the traditional Chinese Boxing of the 17th to 19th century. In 1933 Goju-Ryu was officially acknowledged by the Japanese all Martial Arts Association. VPM-191