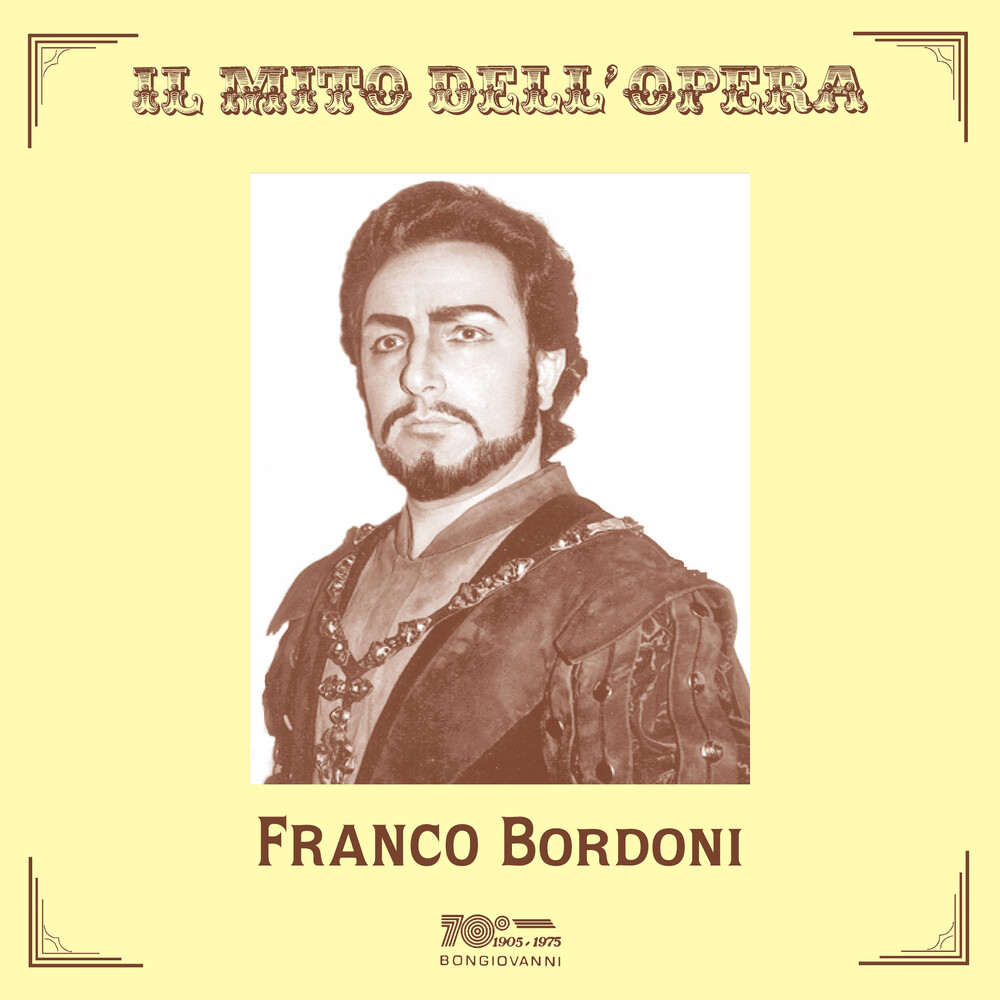 Critics, conductors and colleagues agree that Franco Bordoni's voice, accent and interpretation constitute Verdi at his most noble. Which is hardly surprising given the singer's awe of the composer and approach to his art. Bordoni had all the technique he needed to exploit to the full his voice's volume, texture with it's wealth of harmonics and two octave range with no uneven spots. The timbre and color of his voice made him the perfect dramatic baritone, a voice that saw it's owner through years of unflagging, full-on performances.
back to top