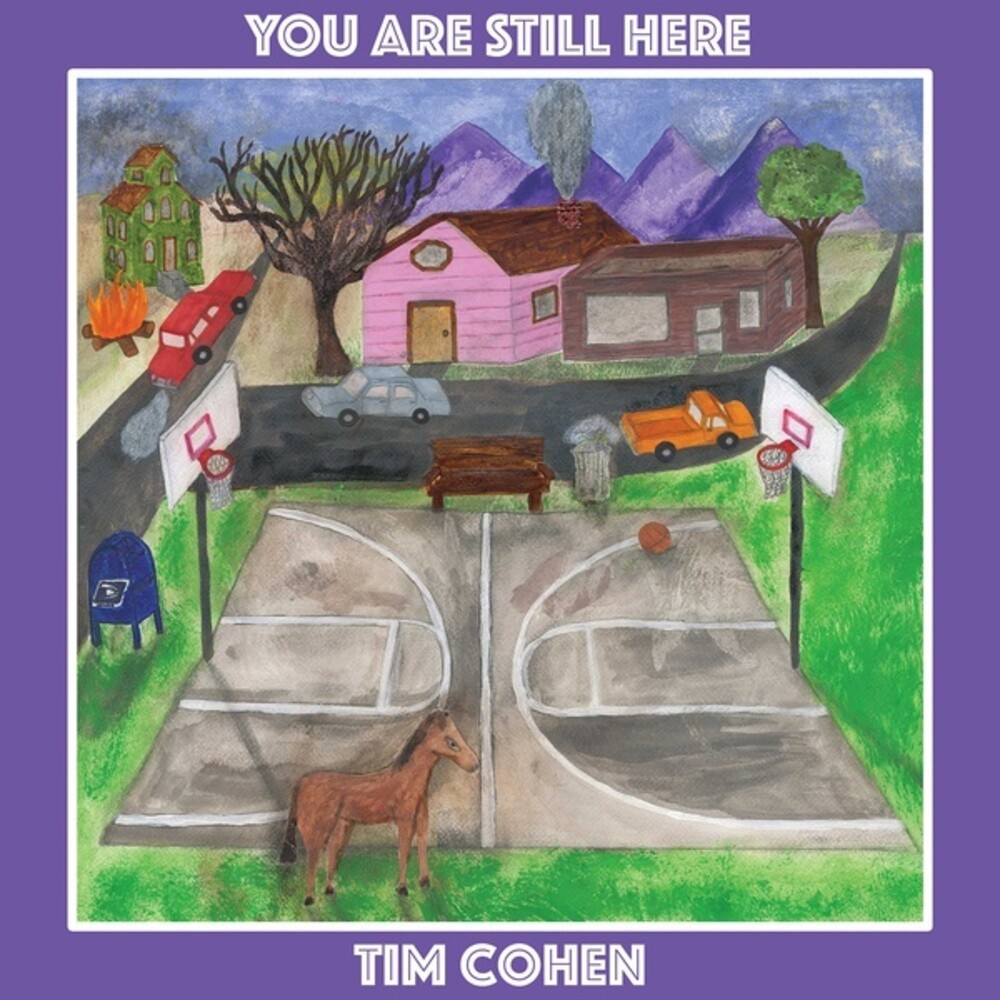 Vinyl LP pressing. 2021 release from Fresh & Onlys mainman Tim Cohen. For more than a decade, Cohen has consistently released woefully under-the-radar albums of wry, intelligent, romantic pop songs. Each of his musical personalities (The Fresh & Onlys, Magic Trick) has evolved from charming bedroom shamble to fully realized studio endeavor, and finally his eponymous musical efforts have caught up with the others. Cohen's sixth solo album, You are Still Here, is the first one recorded in a studio proper, and the first for Bobo Integral Records (Spain). At this point, Tim Cohen is something akin to a Songwriter Laureate of San Francisco. You are Still Here is a taut, suspenseful collection of dynamic, timeless songs. Ranging from the reluctantly hopeful Rhodes-driven gospel of "Rage On" to the psychedelic kraut bombast of "Dadaist Friend", the album was recorded over three week-long sessions at Crown Lanes (Denver, CO) with Cohen's longtime collaborator James Barone (Beach House) behind the boards and the drum kit.
back to top