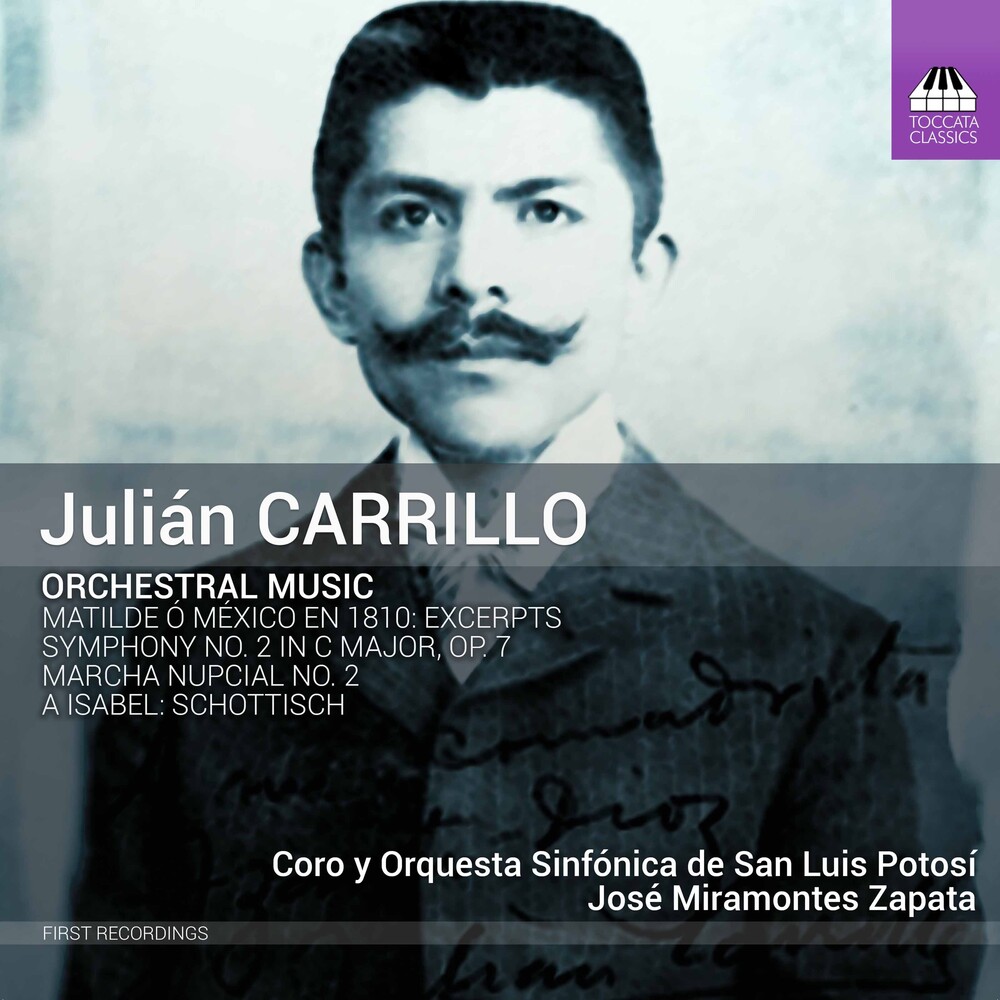 Although the Mexican composer Julian Carrillo (1875-1965) came to be remembered as a pioneer in the science of acoustics, the music he wrote in the first part of his career has a late-Romantic opulence and spaciousness that was very much of it's age. Here his powerful and dignified Second Symphony, which sits somewhere between Bruckner, Wagner and Rachmaninov, is joined by two early pieces d'occasion and excerpts from his grand historical opera of 1910, Matilde, or Mexico in 1810, which marked the centenary of the Mexican War of Independence.