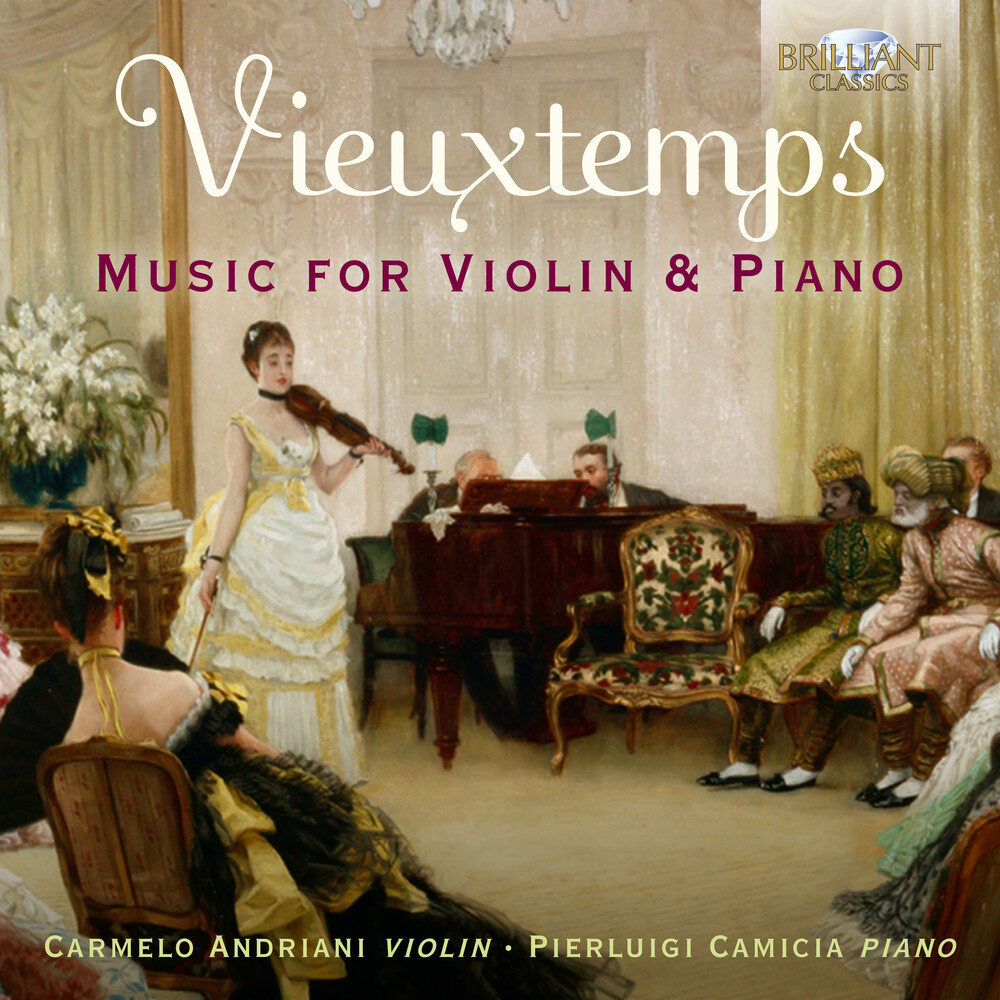 The Belgian violinist and composer Henry Vieuxtemps (1820-1881) was one of the great 19th-century virtuosos in the tradition of Paganini, but his music does not belong in the showpiece category, being distinguished more by it's attractive lyricism. Vieuxtemps did more than anyone to revive the fortunes of Beethoven's Violin Concerto after decades of neglect, and his own concertos for the instrument share the patient, majestic character of that work rather than Paganini's fiendish wizardry. It seems typical of Vieuxtemps that the viola was his preferred position in a string quartet, and he wrote a fine sonata for the instrument which is now much better known and more frequently recorded than the earlier and undeservedly neglected Violin Sonata which Carmelo Andriani presents here to open his attractive recital. The Sonata's scherzo is a fine example of the unpretentious charm and grace which Vieuxtemps cultivated in his music, while the following Largo opens out from it's hymn-like theme towards a climax of quasi-religious intensity and radiance. There is a notable absence of conventionally violinistic fireworks to the finale; this new recording restores to the catalogue a substantial contribution to the violin-sonata literature. Carmelo Andriani has dedicated the rest of the album to shorter pieces in a salon style. The trio of Romances sans paroles opens with a lovely Chant d'amour, and closes with a Souvenir of Mendelssohnian grace and lightness. The third of 6 Morceaux de salon Op.22 (1846) is an Adagio entitled Rêverie which builds to a passionate climax, and the album closes out in flamboyant style with the fifth piece in the set, a whirling Tarantella. In between, Carmelo Adriani treats us to the first two of the three Feuilles d'Album Op.40: a soulful Romance followed by the yearning melody of Regrets.