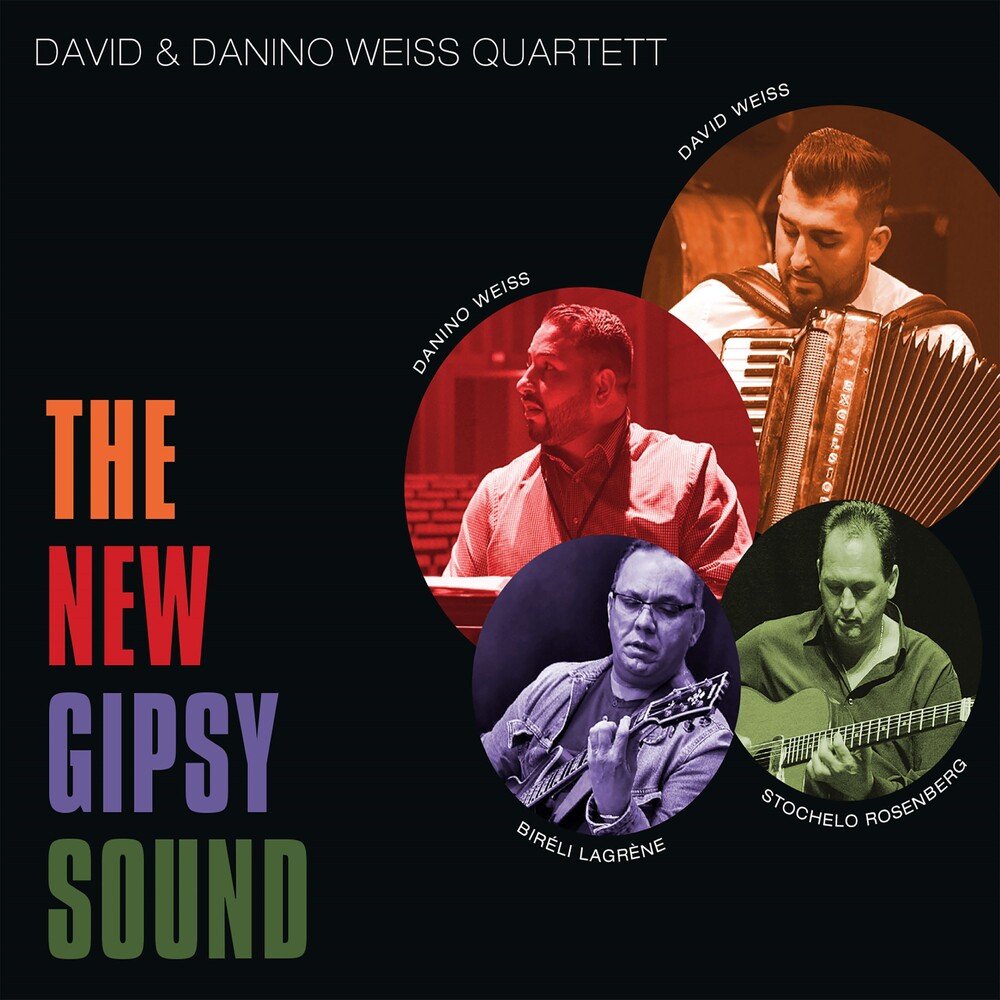 One of the largest and most productive families is the Weiss family. Numerous outstanding hot jazz musicians are descended from them, perhaps the most famous being guitarist Traubeli Weiss, who died in 2012. David and his cousin Danino Weiss also learned from him, their uncle, and yet, like many Sinti musicians of their generation, i.e. The now 20 to 30-year-olds, they broke new ground. If only because they did not choose guitar or violin, the classical lead instruments of Gipsy Swing, but David chose the accordion and Danino the piano. On these instruments they grew up with a wider range of jazz right from the start. So, it is no coincidence that their new, second album is called "The New Gipsy Sound". Now, on "The New Gipsy Sound" it's mainly back to France. Joseph Cosma's "Clair de Lune" is swirled around with melancholic accordion and piano lines just as idiosyncratically as Charles Aznavour's "J'aime Paris au mois de Mai", here accelerated in a hard-hot swing. Michel Legrand's "Watch What Happens" breathes the flair of great Parisian jazz galas of the fifties, and once there is also a side trip to the old Hot Club, with Django Reinhardt's "Douce Ambience" - although the classic comes along in a dewy fresh, modern swing version. In addition, there are exquisite trouvailles such as Hildegard Knef's anthem "Für mich solls rote Rosen regnen" right at the beginning and the languishing "Wonderful You" by the now unfortunately almost forgotten Easy Listening King Peter Nero. And of course, there are also compositions of the two band leaders, such as the dynamic "Gipsy Keys", whose harmonies almost remind of Coltrane's "Giant Steps", or "Sourire", which is enriched with Latin rhythms.