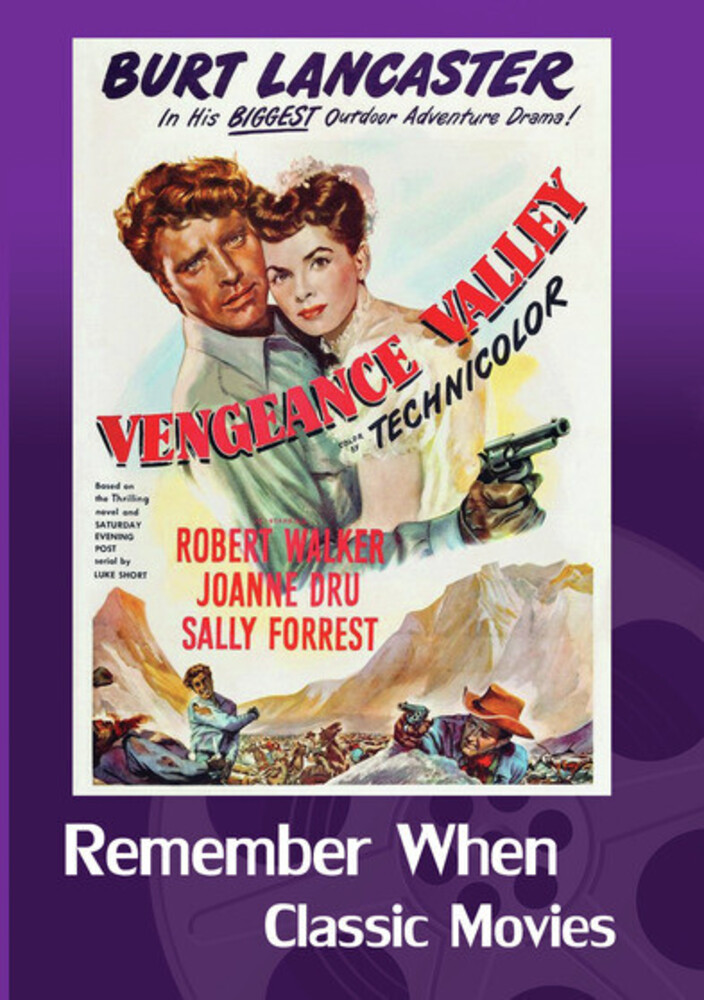 Vengeance Valley is a 1951 American western film starring Burt Lancaster, Robert Walker, John Ireland, Joanne Dru, and Sally Forrest. A crippled, wealthy Colorado cattleman, Arch Strobie (Ray Collins) is raising his son Lee (Robert Walker) who is wild and undisciplined. Strobie takes on a foster son to help raise and control Lee. Now, Owen Daybright (Burt Lancaster) is ranch foreman. Lee is married to Jen (Joanne Dru), but he is wilder than ever. When unmarried Lily Fasken (Sally Forrest) gives birth to a child, but refuses to name the father, Owen (Burt Lancaster) gives Lily $500 to help care for the child, and Lily's brothers believe Owen to be the father. Once Owen's wife learns that Lily was given $500, she concludes that Lee fathered Lily's baby. She confronts Lee and he tries to lie his way out, but Jen decides to leave him, but is persuaded to stay. Lee inveigles Arch to make him a partner in the ranch or he will strike out on his own. Lee and Owen are each trying to outsmart one another, but Lee is caught selling 3,000 head of cattle and intending to run off with the money. When Owen learns of this Lee pretends to change his mind and convinces Owen to ride in with him to stop the sale. You must watch the rest of this fascinating western to see how the ending comes about. This is a great classic for all western fans!