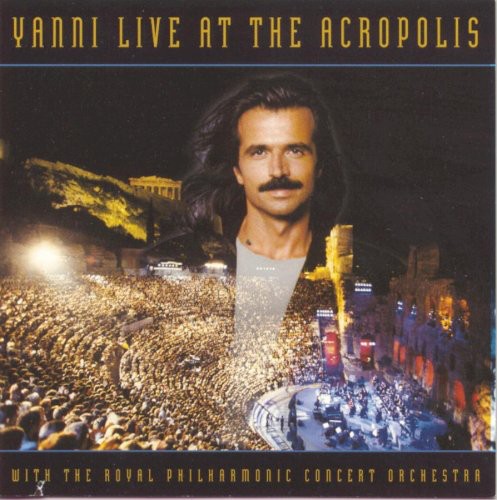 ''Yanni Live at the Acropolis'', is the name of both an album and video by contemporary instrumental musician Yanni, recorded live at the Herodes Atticus Theatre, Athens, Greece, on September 25, 1993, and released in 1994. (see 1994 in music and 1994 in film). This album peaked at #1 on "Billboard's "Top New Age Albums" chart and at #5 on the "Billboard 200" chart in the same year. The film spent 229 weeks on Billboard's "Top Music Video" charts and "Top VHS sales" charts, and received an Emmy nomination in 1994 for "Outstanding Individual Achievement in Lighting Direction (Electronic) for a Drama Series, Variety Series, Miniseries or a Special".

In a three-year television deal with PBS, the live television special was one of the top fundraising subjects for PBS, raising $13 million, with more than 750,000 home videos and more than 7 million albums sold worldwide. It has been seen in 65 countries by half a billion people, has almost continuously remained on the charts since its release, and is the second best-selling music video of all time, (behind Michael Jackson's video for ''Thriller'' with nine million units).

The composition, Acroyali/Standing in Motion, from this album, was determined to have the "Mozart Effect", by the ''Journal of the Royal Society of Medicine'' because it was similar to [[Sonata for Two Pianos in D major (Mozart)|Mozart's

K 448]] in tempo, structure, melodic and harmonic consonance and predictability.

The corresponding concert tour of the year was "Yanni Live, The Symphony Concerts 1994". - Wikipedia